Electricity is perhaps the most important resource today. Just ask anyone browsing the bonuses at the all slots casino – official site on a smartphone and suddenly runnin out of juice! But joke aside, we now use more electricity than ever before. Since the year 2000 the world’s energy consumption has grown over 20,000 TWh (Terawatt hour), with the US and China leading detached when it comes to consumption.

We produce a lot of electricity, but often using methods not quite environmentally friendly. We mostly rely on coal, oil, natural gas (which are all generating greenhouse gases) and nuclear power (which is considered dangerous by many, especially since Chernobyl). But there are quite a few novel ways to generate electricity which are not used on a large scale.

Piezoelectricity is generated by a type of crystals in response to compression force. If you have a surface that’s moving, you can attach these crystals to it, and they will generate electricity. The amount of energy generated is small… but if you build it into a nightclub’s dance floor…

Club Watt in Rotterdam (The Netherlands) has such a system, built by Sustainable Dance Club, a group of local ecological investors. It now generates enough power for the light shows to function. “Our idea is that there’s enough energy in this world, you just have to use it the right way,” owner Michel Smit said. “If you have a full dance club, there’s lots there, you just have to turn it into a usable product.”

You’ve most likely heard of the solar sails NASA planned to use to propel a demo spacecraft last year. The idea of using solar wind to propel a spacecraft is not new, but the one that would convert its energy to electricity is quite novel. According to calculations made by scientists at the University of Washington, the amount of energy generated through harvesting the charged particles of solar wind is virtually limitless. A satellite with a 1,000 meter of cable, and a sail 8,400km wide, could generate one billion billion gigawatt’s of power. Way more than the 20,000 TWh we currently use. There are still technologies to develop until solar wind can turn into a viable source of power, but the possibility can’t be ruled out.

Biological batteries? Sounds too good to be true – except that it is true. A set of special proteins on the surface of some bacteria can transfer electricity to the metals they come into contact with. While the technology is very new, it could one day provide not just a portable power source for our gadgets, but power in environments where solar and wind energy are not viable options (like underground facilities, for example). 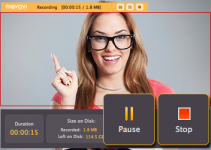 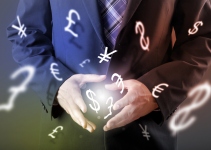 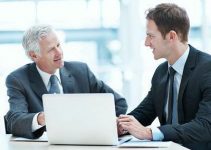