Each person is highly dependent on the genetics he or she inherits from his parents. Often, however, people use the latter reason as a validation for their mistakes instead of acknowledging and fixing them.  We all face challenges on a daily basis, however when it comes to owning a Muay Thai training camp in Thailand things look quite differently, and there are so many factors, which need to be considered to run a business which is both profitable and valuable to the people.

The larger part of the attendees to the Muay Thai training camp would be people which were born and raised under poor condition, and most of them have stopped going to school past the age of thirteen to fourteen. They were brought in a harsh environment, however, It’s due to the support of the Muay Thai gym that they became such individuals, even thought they have quite the limited knowledge on most topic outside the gym. Each person requires a moral compass, fortunately, Muay Thai has provided those with something valuable in their lives.

It’s one of the biggest challenges to discipline such people and show them that being a part of a structure would have beneficial effects to their very being. On another note, Muay Thai fighters in Thailand have the opportunity to make quite a successful living, and if they get noticed on an international level, then things could drastically change.

The Muay Thai business is extremely competitive in Thailand, and unfortunately, there is not much information about people which used to be trainers in other gyms. Vetting or assessing them might prove pointless, and you would really have to trust your intuition. In case that there are solid fighters in your gym, you could always ask them for their previous trainers. Most of the time you won’t know who you’re hiring until they arrive and work for you a bit, however considering Muay Thai is basically a national sport in Thailand the chances are the person will be solid enough for a beginner’s group.

There’s always the opportunity to hire someone outside of the country and let him travel to you, but it would come at a much higher cost plus the best Muay Thai experts in the world are located in Thailand.

Fighting comes down to who is the faster, stronger, physically superior person. When it comes to establishing a hierarchy within the training camp, though there should be particular lines drawn. Appointing a single person as the Head Trainer could pose to be quite counterproductive than the original intension, as the other part of the staff could be quite confused on many occasions. Plus, having a single person in control could lead to abuse of power. The best practice would be to have different trainers carry out different training regimes and tasks, without any of them having the upper hand. That establishes and environment in which every Muay Thai trainer at muaythaiworlds is equal and could discuss openly all issues with the rest of the team. 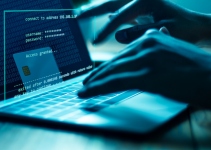