There’s been something of a surge in university research parks over the years. What started out as standalone research parks have gradually progressed onto campuses, with the likes of the University of Arizona Science and Tech Park and South Alabama Tech Park being two of the best examples.

The situation we find ourselves in now prompts many to question just why weren’t these parks based at universities all along. The benefits all seem to outweigh the possible drawbacks and Russ Lea recently wrote an interesting piece exploring just what these parks can offer to all that’s around them.

Following that piece, we’re going to summarize some of the key benefits that research parks are bringing to universities and the surrounding communities. These benefits suggest that it would be unlikely for many research parks to be constructed outside of the walls of a campus from now on.

It brings the best minds together

While students at university might still be learning their trade, let’s not kid ourselves that they tend to be some of the brightest minds in a particular industry. They might not have experience, but we’re starting to see more and more examples of unqualified students inventing products or just shaking up an industry courtesy of their work.

As such, it only seems fitting that they should work alongside those that have already graduated. A research university park allows this to happen; it combines all of the best minds – whether they have completed their studies or not.

Previously, this would not have happened. While internships have always been on the table, over the course of an academic year it would have been difficult for students to spend prolonged periods of time with those who actually worked in an industry.

Those best minds can progress and work together for years

Following on from the above, the fact that students can dip in and out of a research facility and spend time with the professionals is only going to enhance their career prospects. In other words, it’s the best experience possible.

Not only are they collecting that experience, but they are making invaluable contracts. If we return to the examples of the South Alabama Tech Park and the University of Arizona Science and Tech Park which we mentioned at the top of this page, there are now a lot of alumni who have gone on to secure full-time jobs at these research parks after their studies concluded.

Had the research park not been located on-site, it’s debatable on whether or not this would have occurred.

It promotes a solid partnership between public and private

A university-based research park is something that can benefit the local government immensely and attract countless jobs and encourage economic growth. It’s something that merges together education, technology and the government – and few initiatives are able to do this successfully. As such, expect to see more of these campus-based parks in the coming years. 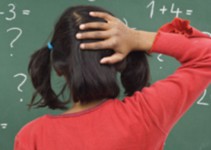