Home > Employment > An Expat’s Guide To Working In Sharjah

Home to gigantic free trade zones like the trade zone of Hamriyah and the Sharjah Airport International Free Trade Zone, Sharjah is not only an emirate known for its riches, but for the comfortable and lavish professional life it offers as well. Quite prominent a fact that it’s one of the lesser known of the UAE, Sharjah is neighbored by global destinations like Dubai and Abu Dhabi to make it seem as the ‘hub’ of the Gulf.

Home to the ‘Culture City’, this exotic emirate is known to still withhold its traditional roots and Middle Eastern culture proudly. Apart from being an impeccable tourist destination, Sharjah  is making immense proliferation in every economic sphere, making it to be one of the most sought after employment destinations too.

The career opportunities do come with a price to pay, but ensure numerous growth prospects and high returns nevertheless. The discussion below will give you an insight in the same regard.

Moving to This Emirate

If you’re an expat looking to hunt the job market in Sharjah, then the route to this global spot goes through either Dubai or Abu Dhabi. Lacking public transport in every corner of the country, you’ll also be requiring an access  to a personal vehicle, after ensuring due compliance with the UAE driving laws and norms. A significant thing to keep under consideration is the Islamic nature of affairs in here. Abstain from buying goods like Alcohol and for women, being appropriately dressed is a mandate to heed to.

Obviously, you don’t want to seem like a controversial candidate, as soon as entering the emirate!

The Working Hours in Sharjah

Complying to the UAE labor law, Sharjah too has working hours falling under the category of eight hours daily or a total of at least forty hours per week. In addition to this, like in all emirates across the country, Sharjah also follows the fashion of paying remuneration for overtime from the ninth hour of work, every day. And if the overtime falls between the period of 9am to 4 pm, then you deserve wages equal to the salary and a pay increase of at least 50%. These sure would vouch for a flexible work culture in the emirate, right?

As indicated by estimates from reputed websites, the remuneration that can be expected in Sharjah for different professions, is as listed below (as on 13th June 2015).

Incomes for any profile in Sharjah are found to be quite high when compared to any other destination in the world. It might also be possible that you’re hired as a contractual worker, owing to which, you’ll be awarded an indemnity excluding the bonuses, at the end of your contract period.

Although, Sharjah is not as developed as Abu Dhabi or Dubai, but it sure is enticing a multitude of expats for the past few years. While Arabic is the language of prime choice here, most people in the business arena will be found with proficient English skills too. All of these kept aside, this place is booming with opportunities to grab, and with the right approach in head, you can do wonders! 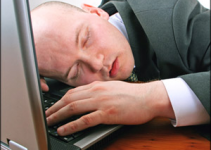 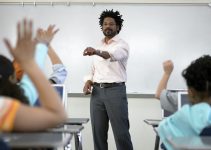 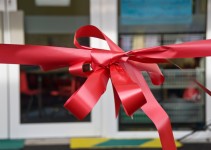